Blessed Feast of Miguel Agustin Pro! The Mexican martyr and Jesuit priest from Guadalupe, Mexico was born on January 13, 1891 and died in 1927. He served in Mexico when the government banned all public worship of Catholicism. He died by fire squad as he held up a rosary in one hand and a crucifix in the other. He forgave his persecutors, refused the blindfold, and spoke his last words with arms outstretched:

One way Jesus surprised us here in Phoenix, with our friendship with Jessie, is that she had lived in Tijuana, Mexico for one year. We all decided to make a weekend visit to Tijuana and the religious sisters called Las Misioneras de la Cruz (Missionaries of the Cross) offered to host us.

It was overwhelming to enter into Tijuana. The different smells, few traffic laws, bumpy roads, extreme poverty, much littering, new language, little efficiency or order, spiritual attacks of discouragement and fear, headaches, fatigue, and a later time zone were all factors that shocked us on Friday as we arrived in Tijuana.

After surviving the first day, we arrived at our host family’s home at around 8PM. Jessie stayed with the sisters for the night and we settled into the home just a block away. Araceli graciously hosted us though she only speaks Spanish. Her two daughters, Amanda and …(I wish I remembered her name!) with their daughters Yamila, Mia, and Sophia were there. They knew some English and we spoke our little Spanish. They were joyful and patient with us. I asked Yamila in Spanish, “Cuantos años tienes?” She turned around, held out her fingers counting them, then looked back at me and said, “Six.” She had been learning some English in her school.

On Saturday we spent the morning in the convent and school exploring, praying, and talking with the people and each other. We also helped fill empty eggshells with confetti then seal them with paper. They would eventually be used to crush on people as the confetti flies out beautifully. I wish I had a picture to show. Jacob got one smashed on his head. 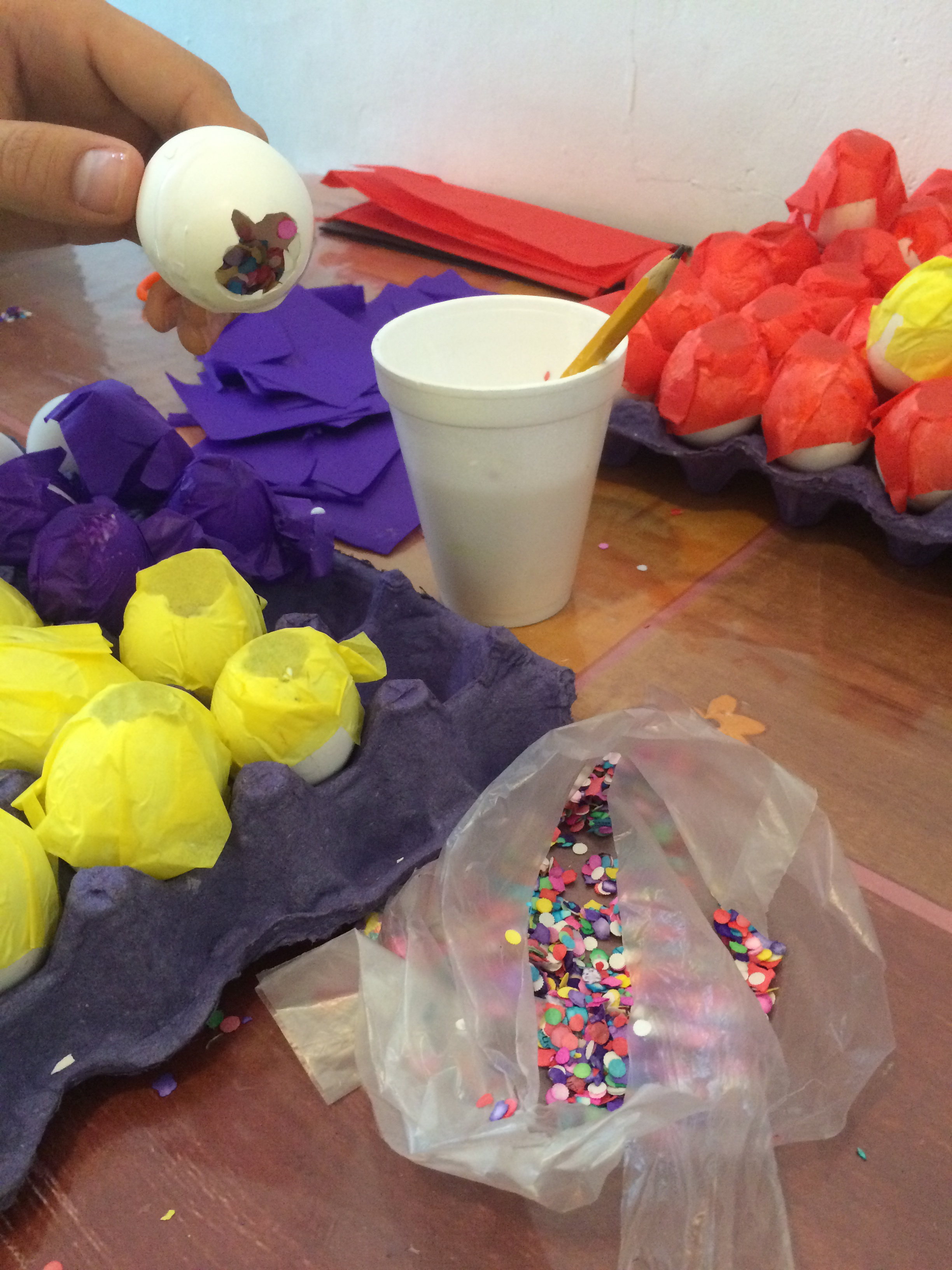 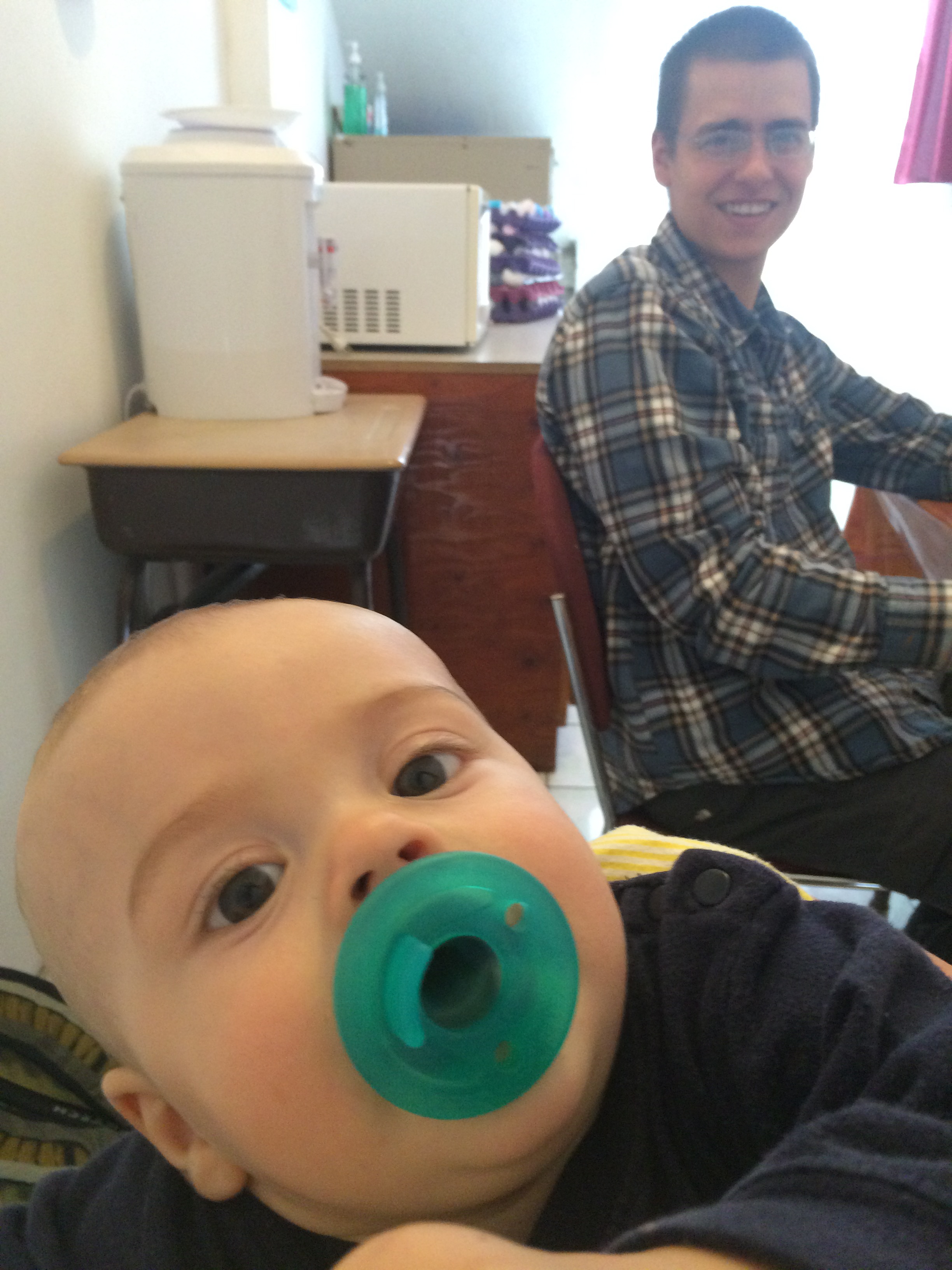 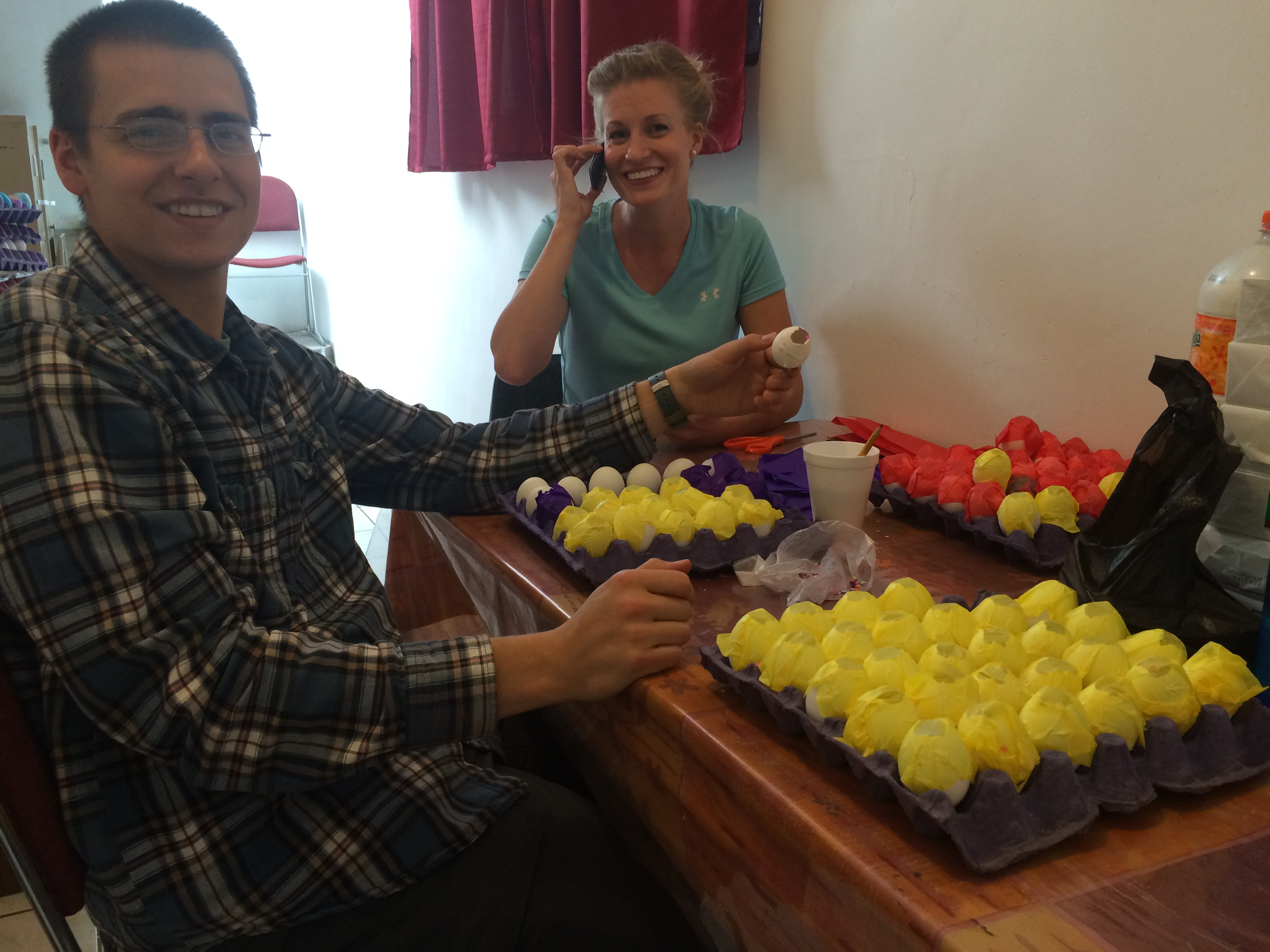 Jacob, Blaise, and I went to noon Mass upstairs above the school, as there was a funeral for an old teacher. Her name was Carmela. It was different to be immersed in their culture especially a different way of participating in Mass. One part I appreciated is the informal way to go up for communion. Everyone just goes up when they are ready, but at the same time about half of the people don’t receive for one reason or another. The culture of Mexico is very Catholic, but there is definitely room for growth in the education and formation of the faith. Just like America, the people need renewal in their commitment and love for Jesus.

We then talked with Father John who is from Indiana (born in Bemidji, MN) who started the Missionaries of the Cross community to provide a free catholic education for the poor. He has lived in Mexico for 25 years and started “Colegio Santa Rosa de Lima”. Father John showed a great love for Jesus, education, and the people. They currently educate over 500 students from elementary through high school. Mother Teresa desired a school to begin with a new religious community for the children of Tijuana. She personally told Father John and a sister from Peru (the Foundress of the Missionaries of the Cross) to put a school in a poor part of Tijuana to provide a free Catholic education.

We then ate lunch, rested, and prayed the rosary.

We planned to then get on a bus to meet Jorge and then go to a “kermese” (Mexican festival). Right before leaving we met Fr. John again. He had an insight that they could really use our help here at Santa Rosa de Lima School. He offered to find us free housing, but he didn’t know where that would be yet as he told us that it must be safe for our family. His job for Jacob is to work as a disciplinarian. The details are unknown, but Jacob would walk around the school and get the children who are not going to class or behaving poorly. I could then help out by talking to the girls and carrying Blaise with me. We see it as a possible great fit because it would allow for us to get to know the kids and bring them closer to Jesus without the great responsibility of teaching and running a classroom each school day. Father also mentioned that Jacob could help organize soccer and other games.

We came to Tijuana believing Jesus might be calling us to work here and here He has opened a door. They have a place for us. As with any decision we must weigh the situation through faith and reason. We also must wait and see how this unfolds. Jesus is King and He has a plan! Ariceli told us in spanish with a big smile, ‘You have two months to learn spanish!’

We met Jorge, Jesse’s bilingual friend who lives and goes to college in Tijuana, as we were talking with a man in a wheelchair on the corner of the street named Oscar. He was missing three of his toes and his foot was literally rotting away. He said he didn’t have enough money for the procedure. We gave him a little money and food and prayed with him, which moved him to tears. Yet it is still heavy on my heart that we could have done more. The procedure probably doesn’t cost much in comparison with American medical procedures. May Mary be a Mother to him. We had fun talking with Jorge in the grocery store ‘Calimax’. It was good english practice for us and good spanish practice for Jorge. He is 19, studying psychology at the University, and became an instant friend and companion to us for our remaining time in Tijuana. Thank you Jesus!

At the kermese we met many of Jessie’s friends from when she worked in that barrio with the Salesians. We were offered free tamales and enchiladas. We watched the children perform dances in their native dress, a silly dance I didn’t quite understand, play guitar to a Mexican song, sing “Let it Go” in Spanish, and listen to Jessie sing beautifully in Spanish. Jacob also played futbol with Jorge and two boys, Jesus and Mauricio. He was surprised by how good they were!

Then on Sunday we went to the parish church that is above the school for 7 a.m. Mass. There was standing room only. As we celebrated the feast of Christ the King we heard Jesus say, “My kingship is not of this world.”

We need the heart of Jesus, the hands of Jesus, the mind of Jesus, the eyes of Jesus to understand reality. Our journey does not make sense without Jesus. He is the King! We are not meant to live a comfortable life on this earth for He has an awesome place for us after we die if we are faithful to Him. Our hearts desire to be amidst Jesus’ suffering people.

A beautiful young girl named Fatima came up to me after Mass with light in her eyes. She was so happy to meet Blaise and I.

I saw her again at the second kermese we attended put on by the parents of the school on Sunday morning after Mass. She waved to me and smiled, as she was about to perform a dance with her classmates.

We met a man named Leopoldo and his son Alejandro at the second kermese. Leopoldo was very patient and helped us with our Spanish. He also complimented Jacob’s knowledge of Spanish. We were able to hold a conversation with him for over twenty minutes. He works in San Diego doing house demolition, which he thought was funny that my dad does construction. He destroys and my dad builds. 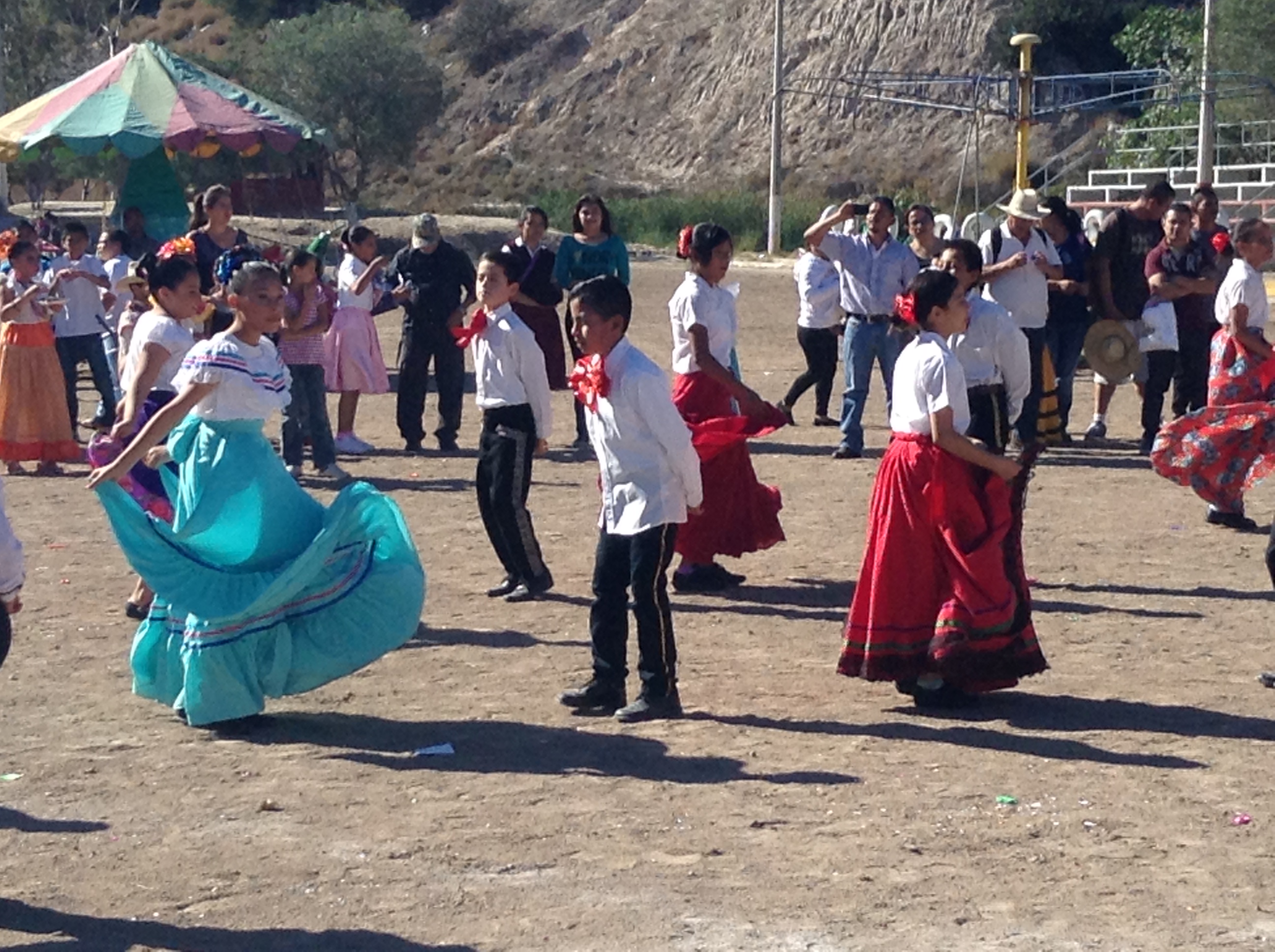 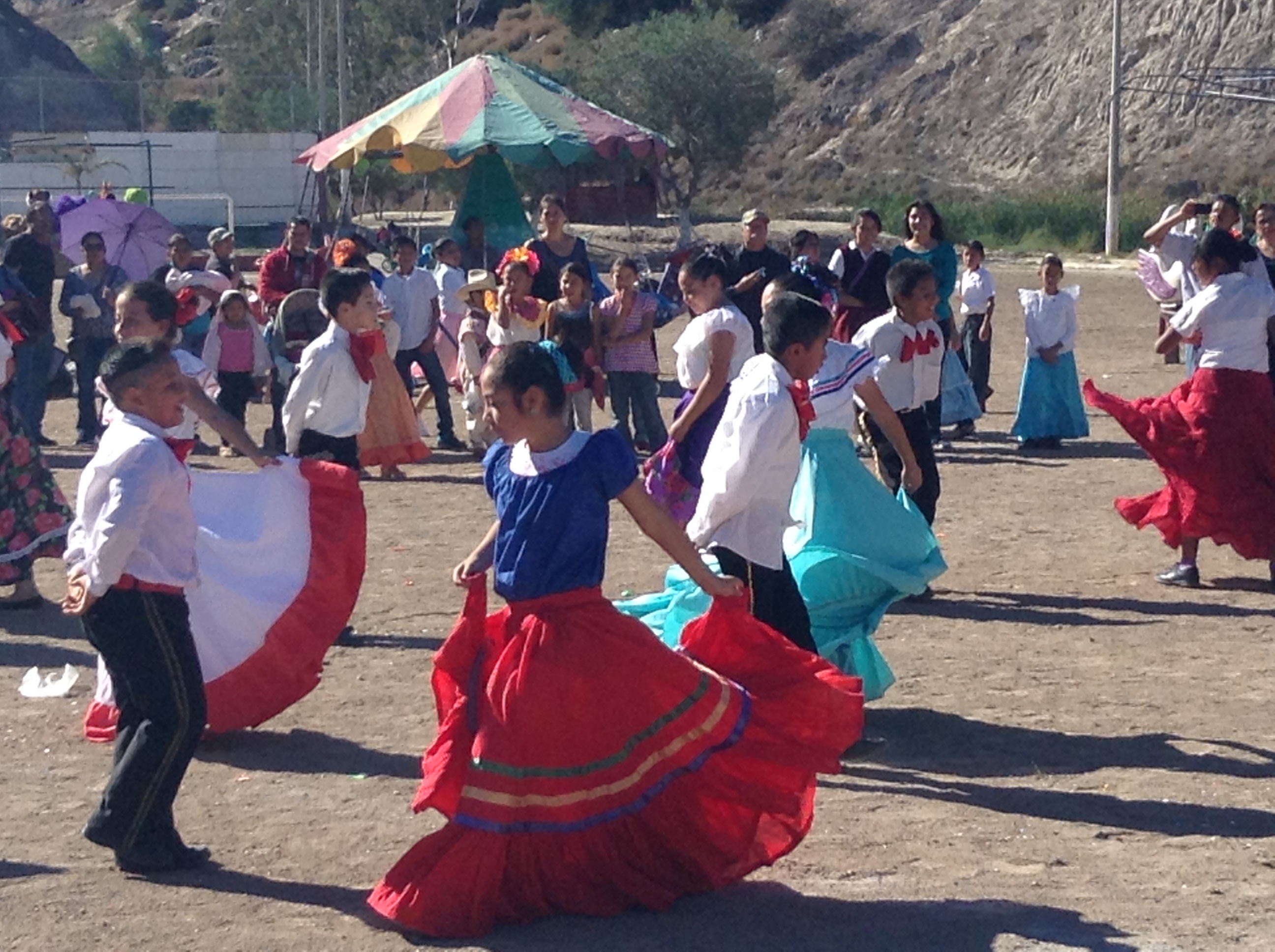 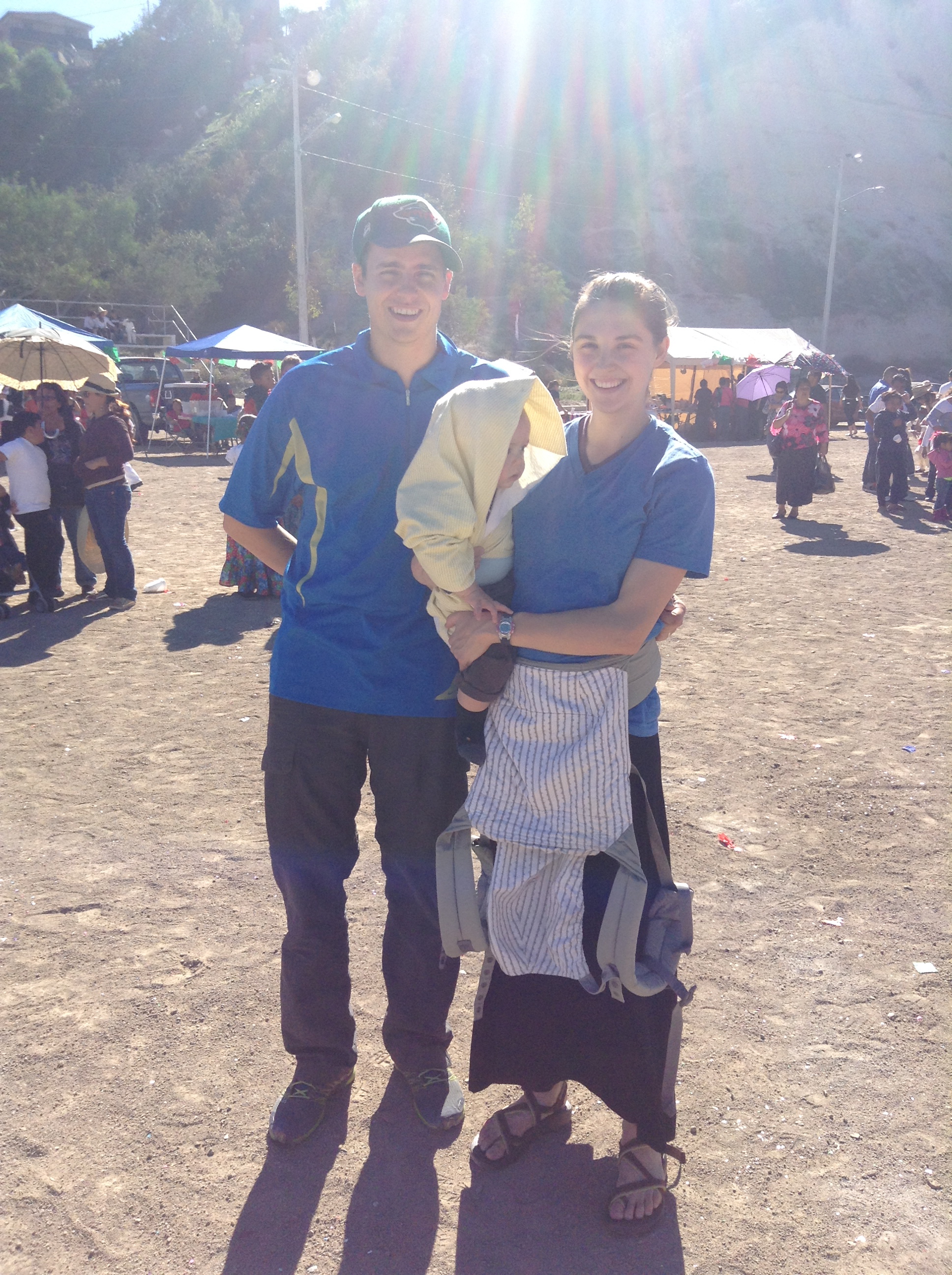 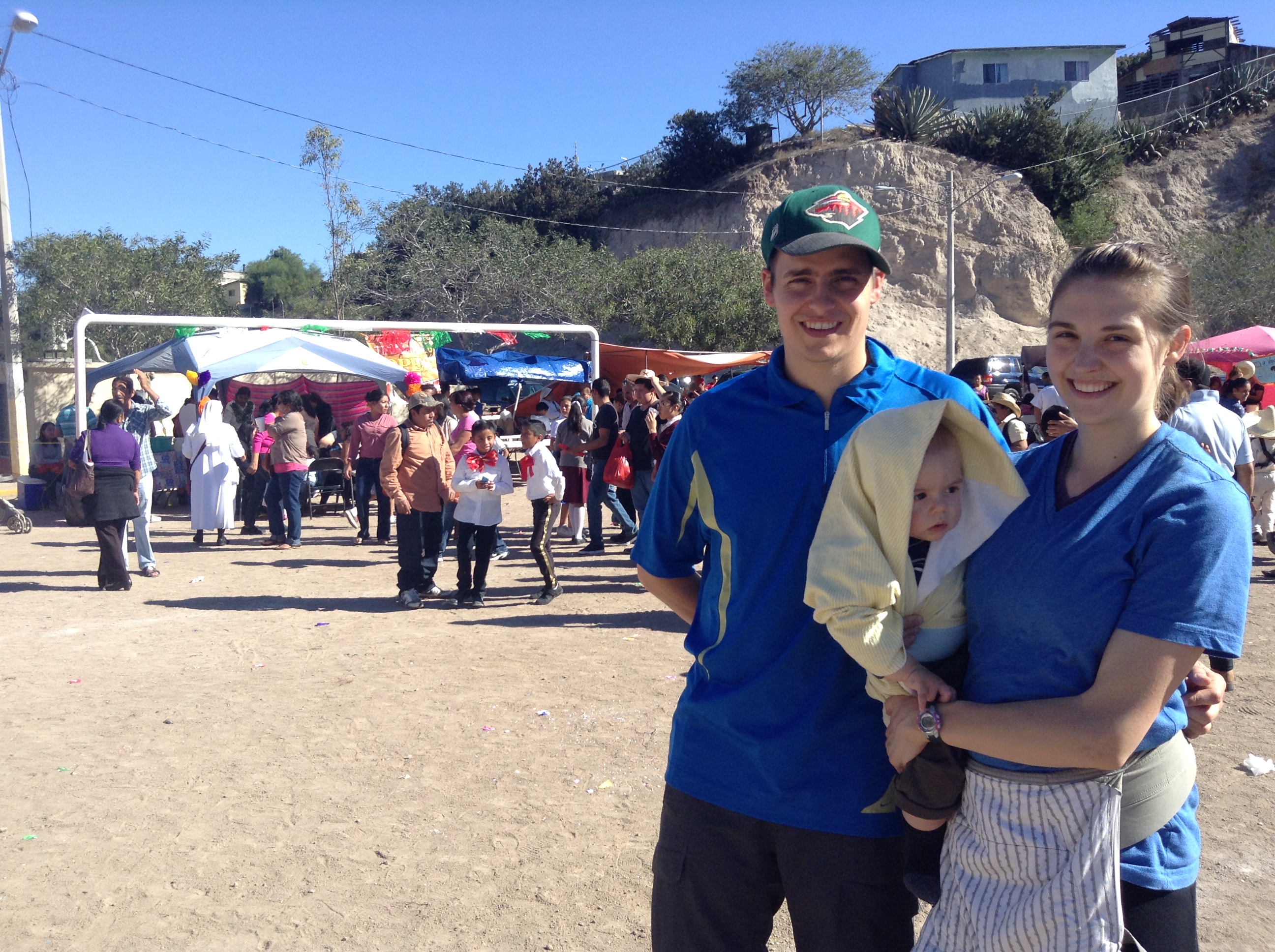 On our way home it took us 2 ½ hours to cross the border back into America after waiting in our car!

We also were pulled over for a “second inspection,” which probably wasn’t random as Jorge had his card to come over with us and help us through. Also Jessie had just been to India this summer. I was mostly annoyed because they made us get out of the car and back in for three minutes. This meant I had to take out sleeping Blaise and nurse him while walking then get him back into his car seat. All the little sacrifices. I pray I may give them to Jesus joyfully in love in union with those suffering from lack of food, water, or healthcare in Tijuana.

Overall this visit was real. We entered Tijuana with despair, discouragement, confusion, impatience, blame, fear, sorrow, pity, and a lack of trust in our Heavenly Father. We left the city with great joy, peace, gratitude, purpose, insight, and great love from our Heavenly Father.